Did you ever wonder why you “bloat” and “cramp” with either diarrhea or constipation following a diet of apples, broccoli, wheat bread, peanuts or dairy products?  Did you know that this could be due to a condition called SIBO (small intestinal bacterial overgrowth)?  We do know that SIBO is wildly underdiagnosed and is responsible for approximately 85% of cases of irritable bowel syndrome (IBS).  Most people don’t know that the large intestine is full of bacteria and yeast but the small intestine is supposed to be relatively sterile.  This is because the small intestine has a primary job of preparing foods for digestion and absorbing nutrients to keep us healthy. Bacteria, yeast, parasites, viruses and protozoa can cause inflammation in the small intestine that may interfere with the digestion and absorption of these nutrients. 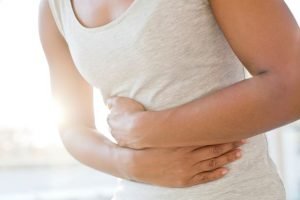 Other symptoms/conditions that may be associated with SIBO are:  restless leg syndrome, Rosacea, other skin rashes, acne, joint pain, mood swings, weight gain/loss, and chronic iron deficiency and B12 deficiency.

Diagnosing SIBO: The two most commonly used studies to diagnose SIBO are:  gastro-intestinal aspiration (this is a very impractical test for this particular diagnosis as it is an invasive and costly procedure).  The other way is through a Lactulose Breath Test.  This test is performed after giving a patient a 10gm dosage of oral Lactulose.  Breath measurements of hydrogen gas, methane gas and carbon dioxide are taken every 20 minutes and the presence and type of SIBO is determined by these findings.

A more common, non-specific test for diagnosing SIBO is to have patients eat foods on the FODMAPS (fermented oligosaccharide, disaccharide, monosaccharide and polyols) diet list. 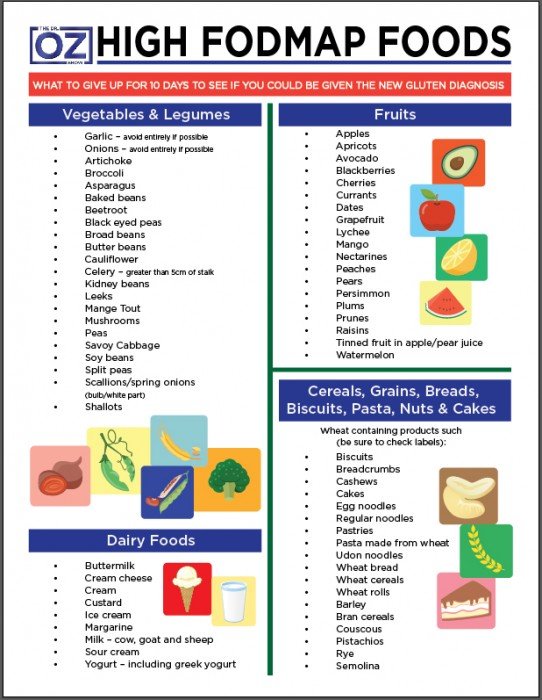 These foods are short chain carbohydrates and sugar alcohols that are poorly absorbed in the small intestine but are easily converted to simple sugars by bacteria that are present in the colon through a process of fermentation.  The colonic bacteria feed on these simple sugars as their source of fuel.  If these bacteria move into the small intestine (where they are not supposed to reside), they will ferment these FODMAPS foods causing the bloating, belching and sometimes will even cause abdominal cramping. Having these symptoms after eating foods on this list can be a diagnostic tool to suggest that a patient has SIBO.

Treating SIBO: Depending on the findings from the Lactulose Breath Test, this problem is often treated with Rifaximin with or without another supporting antibiotic.  SIBO can also be treated, however, with combination of herbal medication over a longer period of time if the patient desires a more “natural” approach. Herbal remedies can also help if there is a secondary yeast component called small intestinal fungal overgrowth (SIFO).  Success rates with this treatment protocol are above 80%.

Maintenance Therapy:  This is usually achieved by keeping an optimal stomach acid pH, making sure the patient has appropriate levels of digestive enzymes and bile acids, ensuring adequate immune globulin levels, and giving prokinetics (herbal meds that improve the migratory motor complex) to keep the small bowel motility optimal. Lastly, avoiding FODMAPS foods for a 3-6 month period while treating the small intestine will help to keep this problem from recurring.